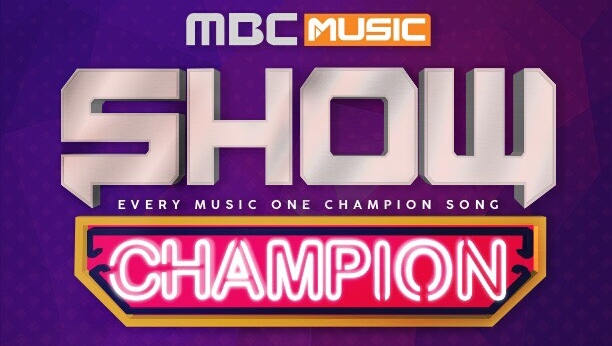 The lineup and more details are out for the much-anticipated MBC Music’s Show Champion in Manila!

EXO, The Boyz, Weki Meki, MXM, and Hyeongseop x Euiwoong are set to fire up the Philippine concert stage as they headline MBC Music’s Show Champion in Manila this October.

All Access Production announced via a press release the lineup of the show, as well as other details including the venue and date. Now on its second offering, the highly-anticipated concert will be held at the SM Mall of Asia Arena on October 28 at 7 p.m.

Excitement will surely greet this year’s Show Champion as top boy group EXO returns to Manila and share the stage with its juniors. Additionally, the concert will also mark the first performances of The Boyz, Weki Meki, MXM, and Hyeongseop x Euiwoong in the Philippines.

More details regarding the concert will be announced in the coming days. 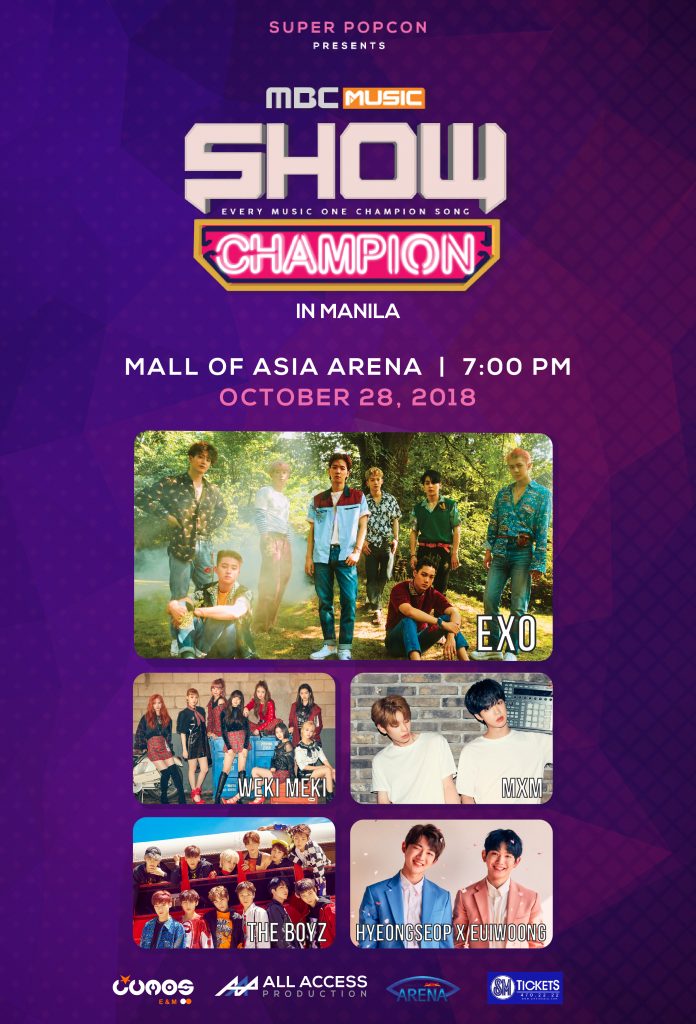 All Access Production, which presented the first ever MBC Music’s Show Champion in Manila on 3 September 2016, first announced the return of the popular K-Pop music show in the country last July. Since then, local K-Pop fans have been on their toes for updates especially on its lineup.

This year, Show Champion in Manila promises another exciting and memorable event that will once again go down in Philippine K-Pop concert history.

Hellokpop, as an independent Korean entertainment news website (without influence from any agency or corporation), we need your support! If you have enjoyed our work, consider to support us with a one-time or recurring donation from as low as US$5 to keep our site going! Donate securely below via Stripe, Paypal, Apple Pay or Google Wallet.
FacebookTwitter
SubscribeGoogleWhatsappPinterestDiggRedditStumbleuponVkWeiboPocketTumblrMailMeneameOdnoklassniki
Related ItemsEXOHyeongseop x EuiwoongMXMShow Champion In ManilaThe BoyzWeki Meki
← Previous Story iKON To “Continue” Its World Tour In Australia
Next Story → 13 Moments We Can’t Wait To See At SEVENTEEN’s “Ideal Cut” In Manila