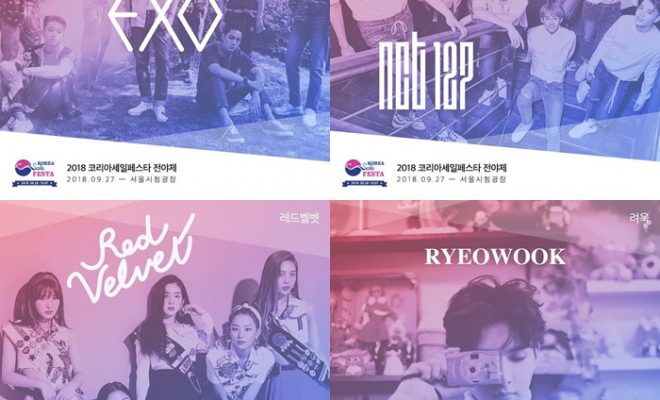 The 2018 Korea Sale Festa has announced its star-studded line-up for this year’s opening ceremony!

This year’s Korea Sale Festa will take off on a great start as it introduces the K-Pop artists in their lineup for the opening ceremony! The celebration will be held on September 27 at the Seoul Plaza from 7 PM to 9 PM KST.

The ceremony counts the attendance of some of K-Pop’s biggest idol groups, namely EXO, Red Velvet, and NCT 127. Super Junior’s Ryeowook and f(x)’s Luna will fire up the night with their performances as they take the Korea Sale Festa stage as well. 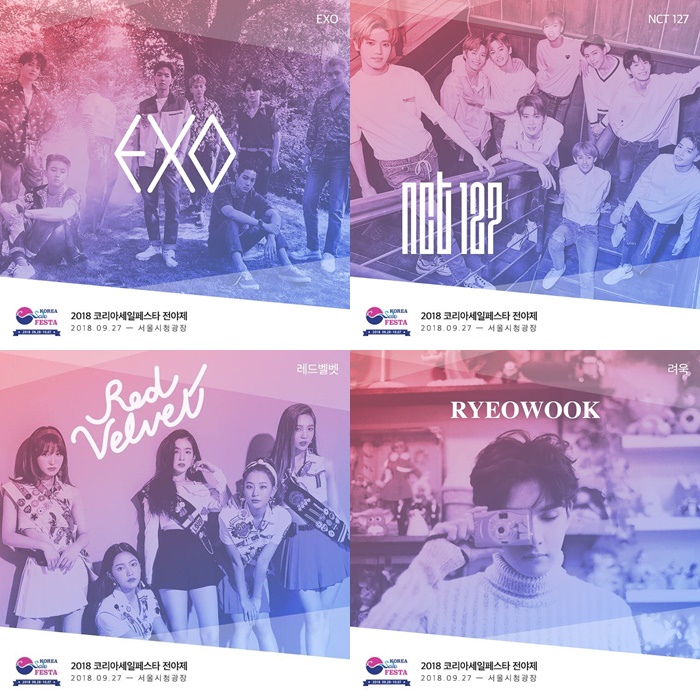 Performances from the artists will be held as a pre-event to the opening ceremony of the Korea Sale Festa to raise the anticipation of event goers while waiting for a pleasant shopping discount festival with the title “Shoppers’ Fun Night”.

“Through this performance, we expect domestic and foreign recognition of the national shopping discount event which will be held for the third time this year to increase greatly,” a representative of the Korea Sale Festa Secretariat said. “We hope that the fans around the world will enjoy the essence of K-Pop and make memories that they will never forget with the K-Pop stars,” the representative adds. 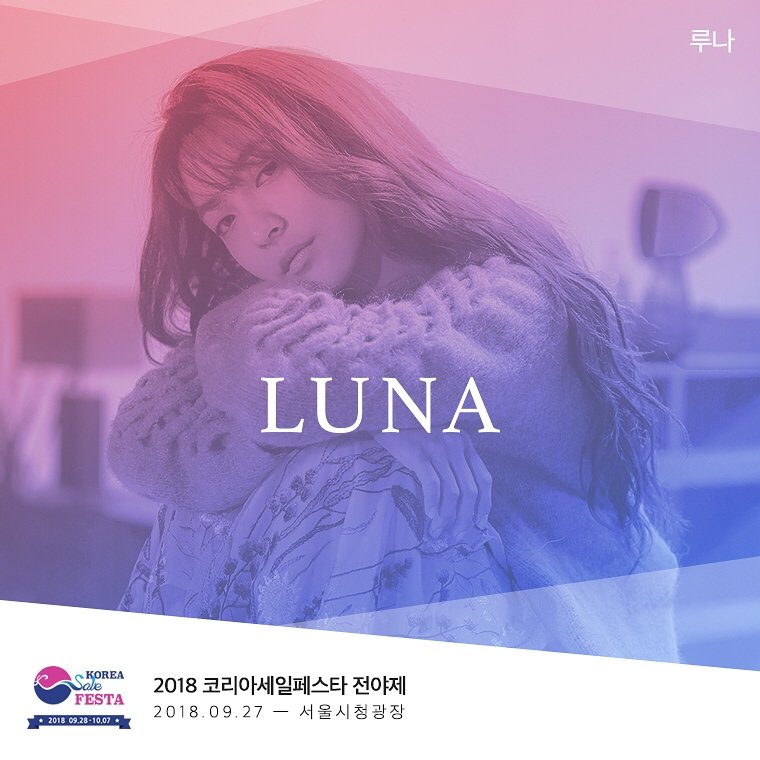 Additionally, various events which visitors can participate in will be held at the venue to entice more shoppers. Another highlight of the show is an event called “Have a #hashtag with SHINee Minho!” which features the idol-actor as the event ambassador. The gag woman and Lee Gukju will also show a contest featuring Korea Sale Festa along with the audience.

Meanwhile, the 2018 Korea Sale Festa festival proper will be held from September 28 to October 7. It is held to draw in both local and foreign shoppers to boost domestic consumption, and this year’s K-Pop performances are part of the festival’s promotion to entice more foreign travelers.

Thinking of going to the 2018 Korea Sale Festa? Let us know by leaving a comment below, giving us a holler on Facebook, or tweeting us at @hellokpop!