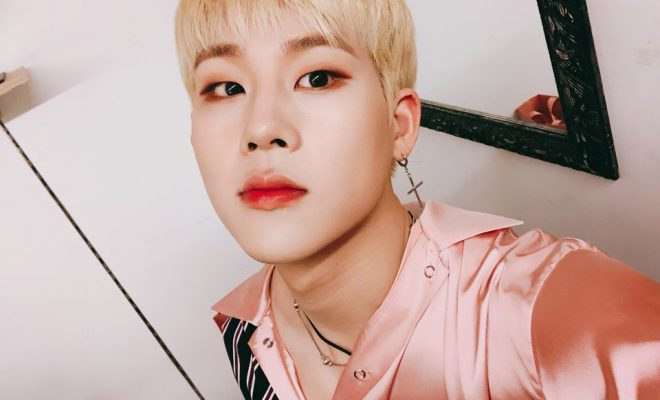 Lee Jooheon showed two sides of his colorful personality upon the release of the music video for his latest mixtape track.

Starting off in black and white, Jooheon brought color to the world by laying down a red carpet for him to walk on. Serving looks left and right, this incredible rapper treats fans with not only visuals but bars on fire.

In the middle of the video, he turns off a light switch making viewers see another darker personality proving that he is not always the cute, charismatic rapper we always see on stage.

Check out “RED CARPET” below.

DWTD is Jooheon’s first mixtape album, containing five tracks including “RED CARPET”. His other tracks: “Should I do”, “Kang Baek-ho”, “RUNWAY”, and “Manito”, displayed different flavors of the rapper’s writing and rapping skills.

In particular, Jooheon performed “Kang Baek-ho” throughout their group’s world tour as a part of a unit stage with co-member Shownu. His last solo mixtapes: “Rappin'”, “Rhythm” and “OMG” showed his edgy, charismatic side.

He had also collaborated multiple times with his co-member I.M. with several tracks like “Be My Friend” and “Future”.

Other MONSTA X members are also busy with solo activities. Earlier this year, Hyungwon collaborated with world-renowned DJ Jimmy Clash and as mentioned during their world tour interviews in the United States, I.M. also has a collaboration to be released soon.

Minhyuk hinted during their encore concert press conference about a solo song Jooheon had gifted him due to be dropped soon. You can stream “RED CARPET”, along with the other songs from DWTD on Soundcloud or Spotify.

What can you say about Jooheon’s epic music video? Keep updated with Jooheon and the rest of the MONSTA X members on their Twitter. Stay in the know for your latest Kpop news, follow us on Twitter or give us a like on Facebook!